Lucyann got the permit. We could use the area from 4-7pm. We had scheduled the presentation to start a 6. It was a huge concrete basin with a drain in the middle. Steps of varying dimensions formed the perimeter of the oval. I didn’t know it was supposed to be a skate park but it makes sense now. Last year, we just walked up, set up, and danced but this year, the sound of wheels on pavement, failed attempts at Ollies and “ooooh”s greeted us as we approached the area toting costumes, light and sound gear. Skaters were everywhere.

Lucyann went to find park security to help clear the area. We did a brief run through of the choreo. No park security was to be found. What are we going to do? Those skaters look pretty tough. Besides that, who are we—the Americans—to be asking them to concede their turf for half an hour (even though we have government permission to be there)? Lucyann finally set up the sound equipment near the drain in the middle and made an announcement that there was going to be a dance presentation soon.

They cleared the area and went to sit down. We took our places and waited for the last few tech adjustments. “Hey sexy!”  It came from the group of skaters. It was probably good that we couldn’t understand half of what they were saying. Still, not the ideal place to be mentally for our team. We stuck together and a little bit of mama bear came out in all of us as we encouraged each other. I prayed for Jesus to protect our minds.

I noticed it stopped sprinkling and the clouds broke. My heart smiled.

Annabelle’s hip hop piece, Lights On, kicked off the presentation. We finished, people clapped and we ran back to change shoes and lose the gangsta garb for Rachael’s piece, Intercession. The loud interjections from the skaters had stopped. I thought they’d probably get bored and leave. Daley’s piece, Heirs, with the skirts. They were still chattering pretty loudly though. Then Jessica’s piece, Esperanza. Sometime during Come As You Are, I noticed the skaters were still there. My dance became a prayer for the skaters. Ana Gabriela then gave a short shout out for Heart’s Cry and then we concluded with Known.

The skaters stayed the whole time. Renee, a woman we met at the B&B had come as well; she went over to hand them some flyers about our collaborative show the next weekend. We stuck around a little bit, our friends congratulated us, we packed up and left. Skaters filled the basin once again. 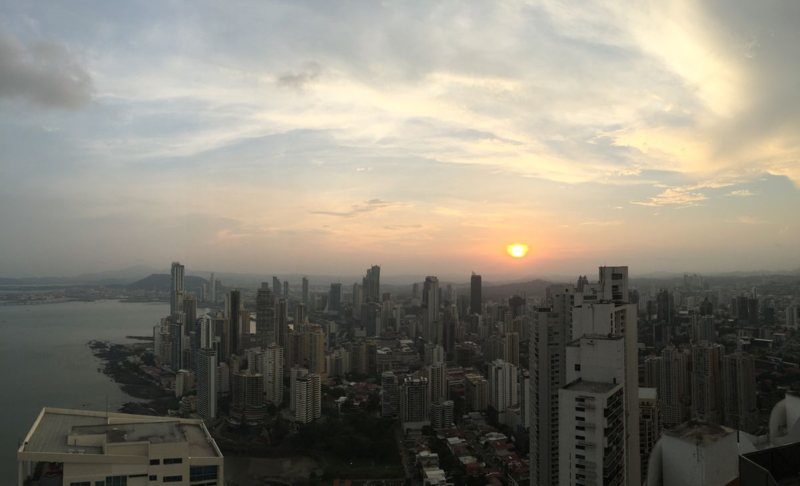 I don’t know the stories behind the audience present at Cinta Costera on June 13th. I don’t know why the skaters stayed for our whole presentation nor am the one to be police of their motives. But I do know that the One who holds back the raindrops is the same One who loves the skater dudes despite their cat calls. May He continue to speak to the hearts at Cinta Costera.

View all posts by bluebirduncaged