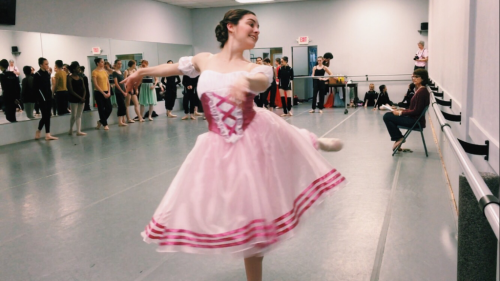 Three years ago my dance career took an abrupt turn. One that was hard but for which I am so grateful. Refining (technique and my heart). Surrender. A reminder that it's all about the bigger story.

About a year and a half ago, I started praying to wear tutus and pointe shoes again. It seemed frivolous but not without reason. A few months later @mastersue invited me to be part of the inaugural season of Ballet Southeast

And here I am today about to debut a principal role in a classical ballet. Humbled. Honored. In awe.

When we delight, His dreams become our dreams. Steadfast. Faithful. He listens. He sees the patient perseverance and purposes our moments. There's no magic formula–and if not, He is still good. But today, dreams are coming true and I'm gonna dance my heart out in gratitude. 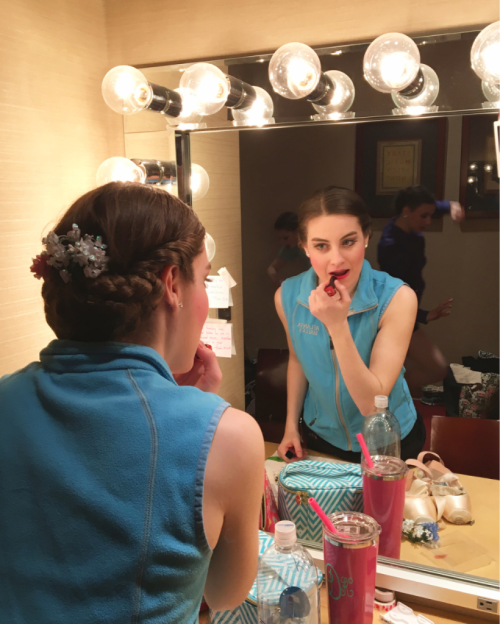 All the paths of the Lord are steadfast love and faithfulness, for those who keep his covenant and his testimonies ~Ps. 25:10 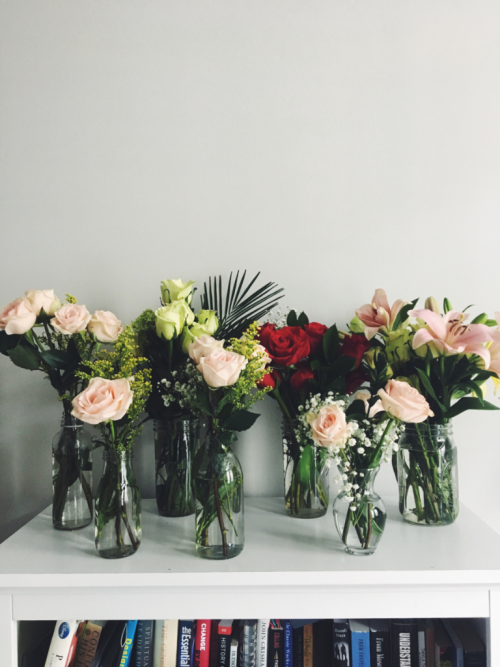 There’s a creative movement exercise I do with little ones where we pretend to be a seed in the ground. After a rainstorm, Mr. Sunshine dries the dirt on top of us and we send our fingers into the space above us to grow into a beautiful flower, spinning slowly and opening our petals. Looking back on 2013 this is almost a picture of my journey. Seeds of obedience, planted in the storm finally blooming in vibrant color.

I began 2013 at a low point. Things weren’t looking the way I had envisioned in my head. Yes, Bluebird was growing and taking off (often this is what kept me going) but personally, I felt stuck. I knew I was supposed to be dancing yet as I looked at my career, I was discouraged.

In my mind, I hadn’t “made it” yet. Was I ever going to get a contract? To me, that piece of paper validated that I was a “real” dancer. My identity as a dancer was found in a paycheck.

”That’s not the point" God whispered, “You are no more or less of a dancer because of a signature on a dotted line. You are a dancer because I called you to be. Let me use you where you are.” It took a few months for this to sink in.

At the same time, I was in the process of finding a healthier dance environment. The Georgia Ballet had hired a new artistic director (whom I love and previously took classes from in NYC) and I began taking company class. In June, Alex said he would be happy to hire me but because of financial reasons, it would only be project based.

Still no contract. But for the first time I was ok with that. Because the title “company artist” doesn’t define me–God does. He gave me the gift of dance and knows where it will bring His name the most glory–whether it be in the lobby of Egelston, the stage of the Cobb Energy Center, or the rainforest of Panama.

The first class back after returning from Panama, I was stretching when one of administrative staff came to the doorway of the studio. “Rebekah, this is for you,” she handed me a manila envelope. It was a contract!!

As I’m in this season of seeing the fruit of obedience, soaking up the sunshine and enjoying the blue skies, His faithfulness leaves me in awe. Like that seed planted in the storm, watered by the driving rain, made strong by resisting the wind. The growing process hurts but His grace is enough. Hang on. Keep going. Obedience is worth it. He who called you is faithful and will bring it to pass.

This weekend Bluebird: uncaged produced it's first show in collaboration with Refuge Dance Company! It was truly an amazing and surreal experience. It was imperfectly perfect and we learned a lot. Still in awe of God working in all the little details and bringing it all together.

We'd like to thank Katherine and David Gant for inviting us to this collaboration and sharing their resources, talents, and passions. Without their support, Bluebird would not be where it is today.

Humongous thank you to all of the volunteers who took the time out of their Sunday to make sure everything ran smoothly. Especially our personal favorites, Ashton, Ellen, and Hannah!

Our dancers are amazing. Thank you Kristin and Nicole for sharing your artistry, excellence, and story in Breaking Free and Beautiful Things

And last but not least, thank you to our audience for the support. Without you, we would just be talking to ourselves. May your heart be inspired and drawn closer to our Maker.

was an exhausting but fulfilling weekend. God is faithful and what He calls us to, He'll bring to fruition. Can't wait to see where we'll fly next.

Today we join the END IT movement to shine a light on slavery. To raise our voice for the voiceless. Because art should be used for the greater good and people should never be bought and sold. Join us. Raise your voice.

Remember last year when I collaborated with Will to produce Roses? Ever wonder how that came about? We met at a workshop!

This year, you can have the opportunity as well!

Check out some new friends of Bluebird, Dance for Change. They are using dance and social media to go beyond the walls of the studio and make a tangible difference. Check back after February 1st for their new video supporting Charity: water
Show them some love!!
Twitter: @DFC_NYC
Instagram: @danceforchange
Facebook: Dance for Change

My favorite ASM, Gabe. Thanks for making sure my name was spelled right 😉

Today, we started tech week. I love this season. I love Nutcracker. I love this theatre. And I'm going to soak up every second; the long rehearsal hours, the special bonds of friendship that come with sharing a production experience, finding a buddy to walk to the car with, the homeless men, between show walks to get lunch, the wind tunnel on Ponce, merde gifts and secret santa, the way Gabe comes around to collect valuables, the smell of aerosol hairspray, sign in sheets with your name spelled wrong, treats in the wig room, "cavalry to the stage for a pre-show fitting" calls, varying orchestra tempi,… I'm thankful for this experience. And though it may become like a routine this month, I don't want to approach it on autopilot. Remind me to be present.
As we go through our Christmas traditions and our schedules pick up the pace, may we take the time to be present and unwrap the mystery, magic, and majesty of the moments before us. May we not get so caught up in the how that we forget the why. And may His grace propel our hearts to love with gratitude and patience even when we don't feel like it.

Go to this link for tickets. But before you make your purchase join my email list on the sidebar for a special discount code!

Let me know which one you end up coming to and I'll tell you which role to look for.

So excited to share the Nutcracker magic once again.

A few weeks ago, I had the privilege of dancing in Remove the Ego, a collaboration between the Mad Violinist and Symphony Crack and Phase 1 contemporary, Codie Wiggins, and the Funk Lordz. All this was possible through the organization of Stephanie Cottle. Here are a few highlights. Click here for a video peek.

Thank you to the cast of Remove the Ego and everyone who made it possible!! You guys are inspiring and I loved dancing with you!!